Home Beginner's Guide Hemp vs Weed: The Difference Between The Cannabis Species

Hemp vs Weed: The Difference Between The Cannabis Species 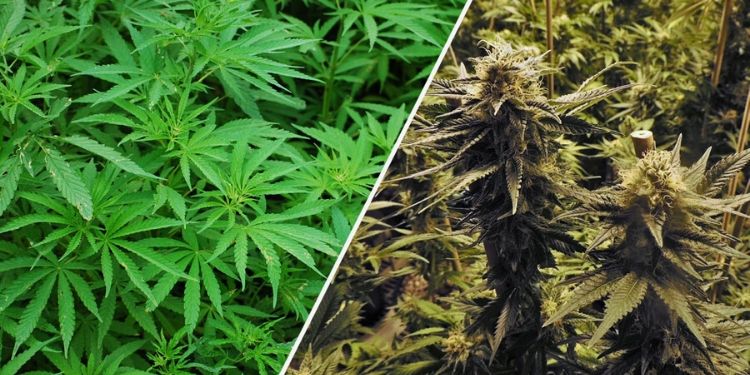 Hemp vs weed – they’re the same plant. No, they’re not. They’re different. But are they? Ok. Now we’re confused.

When you’re trying to figure out the difference between hemp and marijuana, you might find that the answers make your head spin. Although they are technically the same species of plant, they are not identical – and there are many ways in which these two plants differ.

It’s important to know the difference because hemp and marijuana are treated in different ways by the letter of the law as well as in how they are both used. Here are some of the major things you need to know when it comes to comparing hemp vs. marijuana.

What is the Difference Between Hemp and Marijuana - and Why Should You Care?

Hemp and marijuana are both regularly referred to as “strains” of cannabis. However, it’s more accurate to describe them as classifications of cannabis that has been adopted in our culture – they aren’t actually scientific names for the cannabis plant.

What’s cannabis, you might ask? It’s a genus of flowering plants in the Cannabaceae family. This genus can be further broken down into three species: sativa, indica, and ruderalis.

As more people turn to CBD oil as a form of relief from common ailments like pain, insomnia, and anxiety, they might be wondering whether they are breaking the law by consuming a “cannabis” product.

Although marijuana products have still yet to be legalized in many areas, hemp is legal at the federal level. CBD oil lovers, rejoice – you aren’t breaking the law in an effort to relieve your ailments.

So what gives – and what is the difference between hemp and marijuana after all?

Hemp is a term used to describe varieties of cannabis that contain .3% or less THC content. Hemp can broadly be considered non-intoxicating cannabis that is harvested to be made into products. It’s the strongest natural fiber in the world, used to make a variety of materials like paper, clothing, rope, canvas, shoes, soaps, and more.

It’s also regarded as a food product. Because hemp is rich in CBD, it is often confused in protein powders and other supplements. Hemp has been used for thousands of years, with some researchers believing that hemp was the first crop to be cultivated by human beings.

“Weed,” on the other hand, is a broad slang term used to describe all varieties of marijuana. Other slang terms you might hear are herb, grass, pot, ganja, bud, Mary Jane, and many, many more – although these are common, they are not official terms by any means.

So is hemp marijuana?

Marijuana, like hemp, is a variety of cannabis that contains more than .3% THC by dry weight. Where marijuana gets its bad rap, however, is in its ability to produce psychotropic or euphoric effects on its users.

Interestingly, some proponents of cannabis culture refuse to use the term “marijuana” at all, claiming that it’s a misappropriating of the term and does not serve as a good description of the plant. It’s often negatively correlated with certain races and for many people, the word has racist undertones.

That being said, marijuana and hemp are not the same. Although the two terms are sometimes used interchangeably, the fact of the matter is that they are two compositionally different entities – and should be treated as such.

Why People Are Confused About Hemp vs. Marijuana

It’s easy to see why there’s so much confusion over the whole hemp vs. marijuana debate. After all, the plants look almost exactly alike! However, you need to pay attention to the differences in order to gain a clear picture.

The main difference between hemp vs. marijuana is that hemp has minimal quantities of THC. both have the potential to produce intoxicating properties, but the potential with hemp is much, much lower.

Some scientists have compared the process of identifying cannabis as either hemp or marijuana as identical to classifying all citrus fruits as either sweet or sour – without looking at the other myriad characteristics of all the fruits.

It’s important that you know the differences when it comes to marijuana vs hemp. Law enforcement officers themselves are frequently befuddled when it comes to the distinction, leading to some sticky situations across the country.

The Main Difference Between Hemp and Weed

Most botanists agree that all cannabis plants are part of the same species, but there are two subvarieties – cannabis sativa and cannabis indica. While hemp and marijuana sometimes look exactly alike, the chemical composition of the two is different.

Both hemp and marijuana have the ability to produce CBD, the therapeutic and nonvoting compound found in cannabis. However, THC will be produced at very different levels in both. Hemp can contain no more than .3% THC, while marijuana can contain up to 30% THC by dry weight.

When you are trying to wade through the differences between hemp and weed, another thing you need to pay attention to – closely – is legality. This is perhaps the issue of most concern when it comes to differentiating between the two.

Until the 1940s, there were no laws or stigmas at all regarding cannabis use. People more or less did whatever they wanted, with cannabis used in a variety of industrial and medicinal settings.

However, legislation in the 1940s and later – most notably in the 1970s – made all products illegal. The Controlled Substances Act restricted all cannabis production in the United States –  including that of hemp plants.

The Farm Bill of 2014 changed this legislation yet again. Hemp plants – or those with less than .3 percent THC – could be grown for industrial and research purposes. This could only be done on a limited scale. The 2018 Farm Bill, known as the Agriculture Improvement Act of 2018, made hemp cultivation legal – a move that was mostly due to the rising popularity of CBD oil.

Marijuana, however, is still identified as a Schedule 1 drug. Therefore, possessing a marijuana-derive product is illegal. Some states have legalized both recreational and medical marijuana, however.

Growing and harvesting hemp and growing and harvesting marijuana are two different processes. Marijuana varieties are usually selectively bred in controlled environments, while hemp is grown to maximize its yield. Marijuana is often grown indoors under careful observation, with detailed attention paid to lighting, humidity, and temperature.

Hemp, by contrast, is usually grown outdoors. It does not require as much attention and control as marijuana.

Both hemp and marijuana have a wide variety of uses. Cannabis plants have been bred for thousands of years for their psychoactive and medicinal purposes. While marijuana is generally used for medicinal and recreational purposes, hemp is more commonly cultivated for textiles, body products, and supplements.

Marijuana is mostly prized for its recreational uses, although there are studies that have revealed its potential in therapeutic applications, too. Hemp, on the other hand, is harvested for medicinal products like CBD, hemp flour, cooking oil, building materials, and more.

Does Hemp Have THC and CBD?

It’s easy to see why you would get confused, though. Plants that have more than .3 percent THC are technically classified as marijuana plants, although it’s unlikely that a plant with .4 percent THC will get you high at all anyway.

Where things get a bit murky is in the differing legality of the two. Although CBD oil derived from hemp is perfectly legal in most cases, CBD oil that is derived from marijuana is not – since it could contain excessive levels of THC.

Hemp vs. Weed - Why it Matters

Due to the dedicated work of doctors, scientists, farmers, activists, and advocates all over the world, our understanding of the many uses of cannabis- and cannabis-affiliated products is slowly but gradually growing.

As the years and research progress, one can only hope that marijuana will be legalized in areas where it is currently not, helping expand the reach of this helpful plant to the people who need it most.

Yet there are still options for people where marijuana has not yet been legalized. Although marijuana and hemp are two completely different varieties, at the end of the day, they are ultimately the same kind of plant – and have many of the same benefits. Knowing the differences between hemp vs. marijuana can be a real game-changer for many people who are interested in harnessing the benefits of the miraculous cannabis plant. 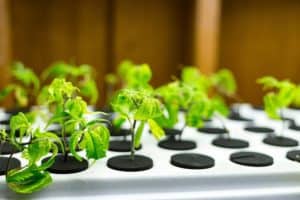 The 2020 Guide To Cloning Cannabis

We all heard about growing cannabis but only a few talks about cloning it. If you are new to the… 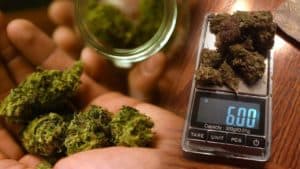 Weed Measurements: How To Understand Weight and Prices 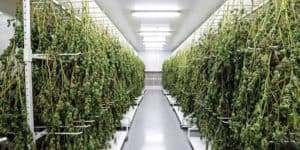 The 2020 Ultimate Guide To Curing Cannabis

For a marijuana grower, nothing is more exciting than harvesting the cannabis buds after weeks of waiting. However, after your… 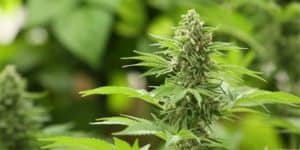 It’s not a luxury that everybody in the world can enjoy, but if you want to learn how to grow…

The 2020 Guide To Cloning Cannabis

Weed Measurements: How To Understand Weight and Prices