Home News Can You Overdose On Marijuana?

Can You Overdose On Marijuana? 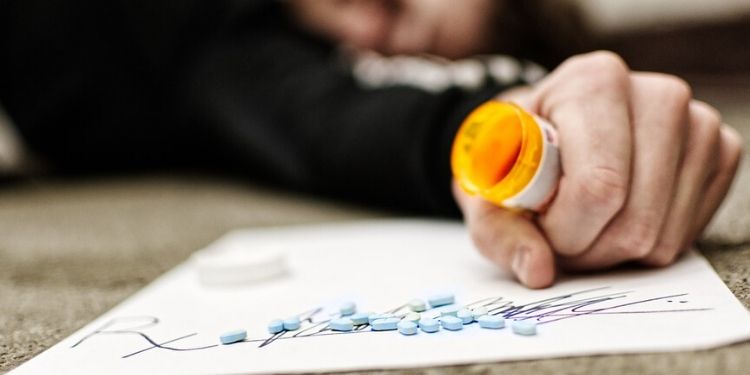 Drug overdose scores a spot in the top causes of death across the world. An overdose happens when there is an excessive intake of a drug, slowing down the heart rate, and, if severe, causing someone to stop breathing altogether. Because people use drugs for a variety of reasons that are often recreational, instructions on usage and intake are blurry and situational. This may result in someone potentially taking too much, leading to risks of having an overdose.

What Is The Therapeutic Index Of Marijuana?

Marijuana is a popular gateway drug among first-timers. Although experts debate whether it can cause someone to try out “harder” drugs like heroin, there is an agreement that it’s a mild drug with medical qualities. The more important question is whether one can actually overdose on marijuana. In a nutshell, yes, depending on how the ratio between the blood concentration at which marijuana becomes effective and the concentration at which it becomes toxic. This is called the therapeutic index (TI). Essentially, the higher the TI, the safer it is.

Marijuana TI differs because intoxication is dose-related. Depending on the preparation (grass, ganja, hashish, etc), cultivation techniques and consumption (smoked, eaten, drank), the potency of tetrahydrocannabinol (THC) varies. The gap between the effective dose and the lethal dose of marijuana in standard terms, however, is 1,500 pounds or one-third of your body weight. Marijuana’s TI makes it safer to use compared to alcohol.

This large gap is what makes marijuana a softer drug. It usually has no severe effects on the user. Though there are some reactions that may be unpleasant, the effects are still less severe in comparison to harder drugs. If used properly and in appropriate amounts, the effects are therapeutic and relieving, which is why some people use to help them sleep, or relieve a migraine.

Symptoms Of A Marijuana Overdose

Irresponsible use can lead to addiction, increasing the risk of overdose. Like every other product, there is, marijuana should be consumed in moderation. Here are signs of a possible overdose:

Can A Marijuana Overdose Kill You?

Though the overdose effects increase the possibility of injuries and death (a result of motor impairment and space distortion), a marijuana overdose in itself is unlikely to kill you. This is because marijuana mostly affects memory and coordination, and not areas in the brain that control vital functions.

Over the years, however, the risks have shifted the possibility of danger: THC levels have increased, and newer means of ingestion (e.g. edibles and dabbing) have varying potencies. This means that the problem lies in dosages, which need to be regulated. Problematic marijuana use can lead to a craving for and using it in dangerous situations such as driving, requiring an increased amount to feel the effect, and experiencing withdrawal symptoms. Excessive use can intensify potential negative long-term effects, such as addiction, the development of opiate abuse, and a decline in IQ.

How You Can Alleviate Symptoms Of Overdose

Going to the hospital is the best way to treat an overdose. If you’re alone, however, do not drive yourself anywhere. There are a few things you can do to counteract the symptoms. Don’t panic; they almost always resolve themselves after some time. Here are some things you can do:

The amount of cannabinoids present in marijuana makes an overdose less likely for adults. Synthetic cannabinoids, on the other hand, pose a different story: these are man-made chemicals and are actually responsible for emergency department patients exhibiting more severe symptoms than the others. They may also increase the possibility of erratic and dangerous behavior.

Because the safety of marijuana was borne out of years of research and inquiry, it’s safer to use naturally grown marijuana instead of chemical ones. The chemicals in synthetic marijuana may also cause problems for current health problems, such as diabetes or high blood pressure.

Can Edible Marijuana Cause An Overdose?

Marijuana edibles have a different dosage of THC compared to smoking. In fact, there is a higher potential for overdose, because since food is processed longer, it also takes a longer time to experience the effects, making the user consume more amounts thinking that it isn’t working.

While a cannabis overdose might be relatively mild and don’t usually need critical care, your circumstances might say otherwise. Traditional drug treatment might be necessary to help you get rid of the residual effects and recover:

Overall, marijuana is a relatively safe drug and is optimal for occasional users. Compared to its reputation in the past, it has now evolved into a medicinal wonder. Medical authorities have reiterated its beneficial effects, and any possibility of having an overdose is unlikely. Even so, in the event of an overdose, the symptoms are still relatively milder.

While the studies of marijuana use may tell you how using the drug might be beneficial for you, remember to keep everything in moderation and practice responsible use. Remember: you are responsible for your own safety. Learn how each form of preparation works to avoid an accidental overdose, and always make sure the ingredients are natural to avoid triggering unwanted reactions.

According to Gallup, 45% of Americans said they had tried marijuana in 2017. So, let’s look at how much Americans…